Overwatch Betting – Your Guide for eSports

When it was first announced at BlizzCon 2014, Blizzard’s first-person hero shooter Overwatch raised more than a few eyebrows. Previously known for fantasy RPG and strategy titles such as Diablo, World of Warcraft and StarCraft, many questioned how the studio would fare in a relatively crowded first-person shooter (FPS) market. Overwatch Betting is a good option.

However, during a beta period between late 2015 and early 2016, over 9.7 million players were attracted to the game – providing some indication as to its future potential. The full title released to great fanfare in 2016, and went on to receive many game of the year awards and nominations. Not happy with simply proving itself as a modern-day gaming masterpiece, Overwatch has also grown into a leading competitive eSports title. 2021 promises to become a record year for Overwatch Betting!

If you’re looking to get into Overwatch betting here at Mobile Wins, you’ll first want to get to grips with the title’s history and gameplay so you can make an informed decision on who to back.

Blizzard may well have had eSports and Overwatch betting in mind during the development of the game, but it is by no means an exclusively competitive title. Overwatch features accessible FPS gameplay mechanics, with a hint of MOBA (multiplayer online battle arena) elements as well as a deeply rich universe. Not only that, but the game also features a colourful band of characters, each of which come with their own distinct personalities, weapons and abilities.

As well as featuring both the look and charm of a Hollywood animated feature, Overwatch also has truly likeable and memorable heroes. This is even more impressive when you consider the fact that there are currently 24 playable roster members included in the game. And, as well as simple character development, Blizzard have managed to create an entire pop culture universe around its latest title.

The company has been responsible for creating a number of slick animated features to tell the backstories of some of its most popular and enigmatic characters. Blizzard has also invested in creating digital web comics for the series, as well as hosting an alternate reality game that led to the debut of the hacker character Sombra.

Not only that, but the company’s post-launch support of the title has been unparalleled in the world of PC and console gaming. Regularly hosting in-game events, competitive seasons as well as constantly tweaking the gameplay balance and “meta-game” – not to mention introducing new characters –Blizzard has repaid fans of the game for their loyalty in spades.

As well as its accessible yet sophisticated gameplay and likeable characters, part of Overwatch’s success as both an eSports and standard video game is due to the makeup of its main game modes. Rather than overcomplicating things with multiple modes, Blizzard chose to only include four core options – making sure that each was as balanced, fair, rewarding and challenging as required of a high-level eSports title. The game currently features the following modes:

In escort, each team is randomly picked as either the attacker or defender. The aim of attackers is to escort the payload – which usually takes the form of a vehicle carrying a high-value booty – across the map, while the defenders aim to stop them.

In assault, teams are again picked as either attacker or defender. As an attacker, your aim is to capture a series of points (held by the defensive team) across the map. Once one objective has been captured, the focus of both teams then turns to the next.

As the name suggests, hybrid games in Overwatch are made up of both assault and escort sections. If and when the attacking team secures the point in assault, the payload is then released, triggering the escort section of the game.

Like assault, control is made up of a number of critical points across the map. Control differs from the other mode, however, by the fact that each team are competing equally to capture and secure each objective – they are not set as attackers and defenders. 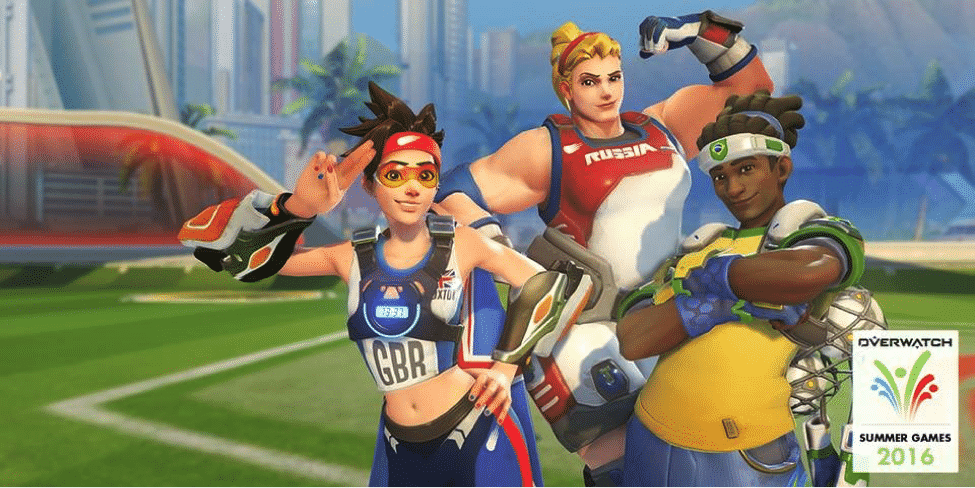 Overwatch also makes use of a class system for its characters. Each hero is a Tank, Offense, Defense or Support character – each of which comes complete with their own roles, pros and cons. Ensuring your team is well-balanced across the classes is key to victory. This is definitely the case on the competitive and eSports scene, where popular combinations of characters often change in line with “balancing” gameplay changes introduced by Blizzard.

When you’re deciding on who to back in Overwatch betting here at Mobile Wins, you should definitely research the current “metagame” of the title, and see which characters and squads offer the most victories for professional eSports players. Your bankroll will thank you for it.

Since its release, Overwatch has come a long way in the eSports scene. While Blizzard tested the waters for the future of its own Overwatch eSports offering with competitive seasons, these were aimed more towards the casual player rather than the professional.

As a result, when it was first released, the eSports community largely relied on community Overwatch tournaments, each complete with their own in-house rules. Overkill and GosuGamers were two forerunners of the current Overwatch eSports scene, and introduced the popular Stopwatch mechanic, which made sure defending and attacking teams were treated equally in Assault.

Following the release of the full game, professional eSports leagues such as the ESL, APEX and MLG all embraced the game, holding regular tournaments throughout 2016, from which  Overwatch’s first elite players emerged. US-based teams Immortals, Rouge and Cloud9 have remained successful since the game’s release, and are always worth considering when you’re dabbling in Overwatch betting.

European teams Movistar Riders and Misfits also enjoyed early success, while the title has also proved extremely popular in South Korea where it has managed to capture a number of former League of Legends players. The country’s Lunatic-Hai triumphed in season two of the APEX-organized tournament, making South Korea an Overwatch force to be reckoned with.

For its part, Blizzard has continued to invest in Overwatch’s eSports scene. For example, it has consulted with popular eSports broadcasters over the game’s observer features. In 2016, it also funded and held the inaugural World Cup, where South Korea defeated Russia 4-0 in the finals at BlizzCon. With such results you never know what to expect for the 2021 World Cup.

More recently, Blizzard confirmed that it was to launch its own Overwatch League, an ongoing eSports tournament for the game’s elite users. The developer is set to host an invite-only combine, where leading players will take part in a series of tests to decide on their eligibility. Any player picked up during this time will receive a guaranteed salary.

For the time being, your money in the Overwatch betting would likely be best spent on backing one of the already-established teams – but expect new contenders to emerge as the Overwatch League gets underway each year.

Not only should you study the form book, but you should consider your choice of eSportsbook carefully, too. By pre-registering with us here at Mobile Wins, you’ll be putting yourself in the best possible position: our exclusive early adopter perks include welcome offers, free bets, exclusive gear and enhanced odds on some of eSports’ biggest events.