No less than four teams qualify each year for the Champions League and the number five can play in Europe’s ‘second division’; the Europa League. They will be accompanied by the FA Cup winner; the national cup. No less than three teams each year get demoted to the second division; the championship. 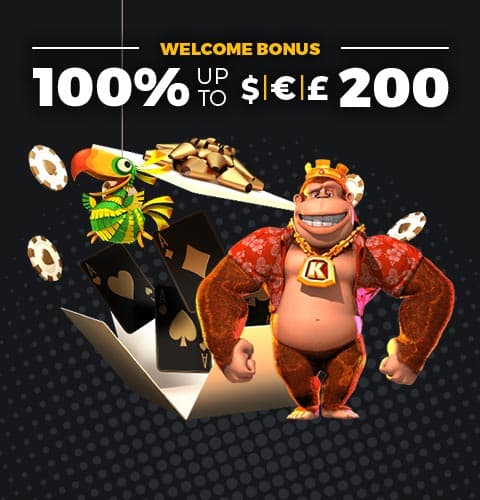 Bet on the best teams in the world

When Louis van Gaal started working for Manchester United in 2014, he said he started working for the greatest club in the world. We could say this for a lot of the teams in the Premier League. It is the oldest league in the world; the English invented modern football. A lot of the Premier League teams date from the 19th century! Manchester United, Arsenal, Liverpool, Chelsea, Tottenham and Manchester City are all clubs that have a shot at the title.

The statistics don’t lie and show the beauty that is the Premier League! Last season a staggering average of 2.60 goals per game (2.80 in the season before that) was displaced on the stage. What a competition to place your bets on! Imagine the emotions that arise when having a small bet on a game! The 2018-2019 season is the most intense ever, with Manchester City and Liverpool competing head to head for the title. Last season Manchester became champions with an insane amount of 106 goals! Just a year later, in the 2019-2020 season, the tables literally turned. If it was not for Corona, there would have been some records broken.

A record they could be braking this season, that Liverpool is doing just as good is exceptional. Though their strength relies more on the iron defense (although they still made 84 goals as well last season). An interesting statistic is that the +2,5 goals per match was met 51% of the matches last season. These are all figures that can help you place strategic bets since the bookmakers had their odds at +2 goals per match on average. We saw a same advantage for the ‘both teams to score’ statistic last season with 52% of the matches.

One of the most lucrative is predicting the exact score of a match. Also one of the most difficult. Last season we saw that the score 1-1 was recorded in 11.84% of the matches. This is a statistic that has been stable for a number of seasons, with percentages always around 10%. When two teams meet that you think will be satisfied for whatever reason with a draw, it can pay to place the 1-1 bet. The odds are usually above 5.00 and definitely worth the gamble! The Premier League is also the competition of striker superstars. Players like Salah and Kane are so consistent (32 and 30 goals last season) that placing a bet on them scoring when they are fit is a good gamble. Look at the history of strikers against certain clubs, you will find they have their favourites!

Next to the statistics, there are basic guidelines of Premier League Betting. Mobile Wins is your tutorial to Premier League UK betting success! When placing a bet, look at the form of the team in the last games as well as what (key)players might be suspended or injured. What will be the likely eleven that walk on the field and do they represent the team of the last few weeks? Let’s look at an example.

Leicester is facing Fulham and Jamie Vardy has shown to be in top form with three goals in the last two matches. A bet on the foxes seem likely. But then you remember Vardy played with the national team last week and suffered a minor injury. He will start the match, but your bet becomes less safe until you see if he recovered enough. Live betting can be a solution here.

What is at stake?

In the first part of the season certain teams that can be considered underdog can sometimes defeat their bigger brothers since those team might struggle with their composition/strategy. In the half of the season you can expect the bigger team to perform the way expected from them. Then at seasons ending, with say for instance Arsenal not competing for the title and already safe for Champions League qualification, could lose against a Huddersfield Town fighting for their last chance of survival.

Look at the quality of the bench, that will usually determine how teams perform the latter part of the season. Look at the ambitions. What clubs have openly said they want to go for European Football this season and what teams are looking to become 10th in the competition?

Can you combine casino with sportsbook?

We would Premier League Sports Betting 24/7, but unfortunately the teams just aren’t playing every day of the week. But we have a solution so that you can never have to be bored! Multiple solutions even. We are offering virtual bet, where computerized versions of the Premier League teams are facing off against each other and we offer over 400 casino games that you can play on your mobile phone without having to download! The best off all is that you can play these games with a crazy Match Bonus of 100% up to $/£/€200 on your first deposit! That is on top of the welcome bonus of Get a Free Bet Bonus of €10 when you start betting. It shouldn’t come as a surprise that Mobile Wins is first choice of many in the UK. We are the most complete mobile sportsbook out there offering the best odds! Play NetEnt and MicroGaming slots on top of your sportsbook. Profit from our countless bonuses and promotions that benefit casino, table games, slots and sportsbook. Use over ten (mobile) payment methods. Registering just takes 2 minutes! Why wait? Register and play with bonus instantly! Join now!

Why is betting on Premier League so popular?

It is like watching Goku and Vegeta fighting for the future of the planet, with Gohan just behind in strength looking to end things in an surprise. The Sky Blues from Pep Guardiola are the favourites since they are breaking record after record, but Liverpool under Klöpp has no intention of handing over the title regardless of whatever record Manchester City might break. They hold Mohammed Salah, the topscorer and they hold crazy defensive stats with Virgil van Dijk. Then there is Tottenham with Harry Kane, the topscorer from the World Cup of 2018 and the runner up in goals last year, right behind as the outsider looking to ‘steal’ the title. The classic titan that is Manchester United is finally waking after the years of disappointing results under José Mourinho.

Harry Kane was top scorer in the 2018 World Cup despite not winning or making it to the final with England, but there is no surprise that he is favourite to be top goalscorer in the Premier league this season. Next up behind him is Mohammed Salah for Liverpool. He was unlucky to have his World Cup experience plagued with injury and defeat but he will shine for Liverpool this season in the Premier League. Aubameyang for Arsenal and Aguero for Manchester City are also favoured by bookmakers all over the world. There will be strong competition for this accolade. Whatever you do, whatever you decide to place your bets on in this Premier League. Remember to place your bets not based on club love. Just place a small bet at the start off the season that your favourite club will become champion and from that point on choose to bet with your rational!

What are the best odds in the Premier League?

Mobile Wins offers some of the best odds out there together with an awesome bonus and an online casino as a bonus! You can predict matches or predict the final winner of the Premier League. Did you know the odds in the 2016-2017 season were 5000 to 1 that Leicester city would be champion? The same odds that Elvis would have been found alive that year! It can seriously pay to place a little bet on an underdog here! You can also predict those who will be demoted at the end of the season as well as those who qualify for the Champions League. You can have so much excitement throughout all the year for just one small bet!