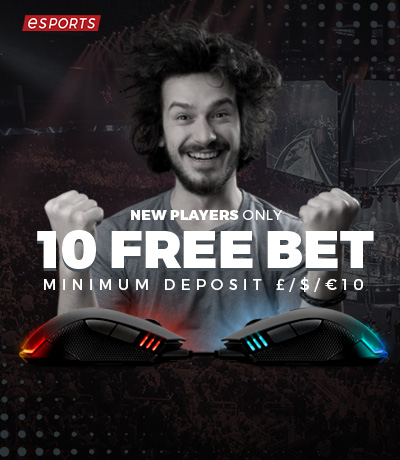 BET ON ESPORTS - START WITH A FREE BET!